The Antiquity of the Summum Principles

There is a broad agreement

among scholars regarding the Egyptians' understanding of this universe and the principles that govern it: the knowledge of ancient Egypt was not endemic to Egypt. The earliest recorded account of Egypt comes from the Greek historian Herodotus (c. 485 - c. 425 BC), who visited Egypt around 500 BC when it was already well into its decline. Known as the "Father of History," Herodotus writes in his Histories that during Egyptian history, "the sun had twice risen where it now set, and twice set where it now rises." This remark has since been explained by scholars as the passage of one and a half precessions of the equinoxes, a process where the polar axis move in a cycle that occurs every 25,800 years. This would place the origins of ancient Egypt around 36,700 BC, a date in agreement with a broad spectrum of other sources.

Current evidence indicates Egyptian civilization was complete at its beginning. There are no signs of a period of "development." The coherent, complete and interrelated system of science, religion, art and philosophy of Egypt was not developed by the Egyptians of recorded history. As to the source of this phenomenon, the growing consensus among the scholars holds one of two theories: 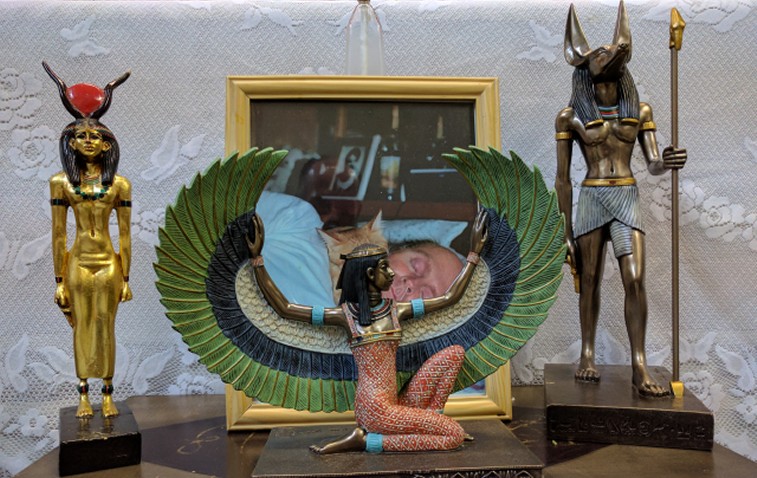 In both cases, this complete knowledge is said to have come from a race of people referred to as the "Neters" in the most ancient of hieroglyphic text. The Neters possessed a high order of knowledge, the knowledge of a Universal Higher LAW, the Principles of Creation. On ancient papyri, the Neters are referred to as the "Divine Principles" and were depicted as "gods." Writings indicate "triads of Neters." The principles taught to the Egyptians by the Neters were never accredited to any one person or human source. The knowledge, as presented by the Neters in hieroglyphics, represents the workings of Creation Itself. The various sources postulate a pre-dynastic period of 16,800 years during which Egypt was instructed by the Neters.

By the time of the First Dynasty of the Archaic Period of Egypt (c. 3100 - 2890 BC) Egyptians had embraced the principles to a point they held no distinction between mind and matter. Both were understood as aspects of a single scheme. Only the "Primordial Scission," that moment of creation, was unknowable; all else devolved from this event in terms of function, principles and process, and these were comprehensible in terms of number and communicable in terms of the Neters.

Five thousand millennia have elapsed since the First Dynasty of the Archaic Period of Egypt. The Principles of Creation have not changed. It is humanity, the predecessors of this Higher LAW, who has reformulated and redesigned them to suit the needs of their own religions and governments. These millennia have been punctuated by plagues and famines, usurpations and assassinations, military expeditions and foreign incursions - civil clashes and international crises and an ever reformulation and redesigning of the principles to suit the needs of those in power. So too, as documented by every race and religion of recorded time, have these millennia been punctuated by testimonies of "outside intervention." Though their appearance, titles, attributes and gestures have altered according to their role played within any given era of time, these "outsiders," the Neters of ancient recorded history, act as catalysts for spiritual progression, reintroducing the Principles of Creation to assist humankind. 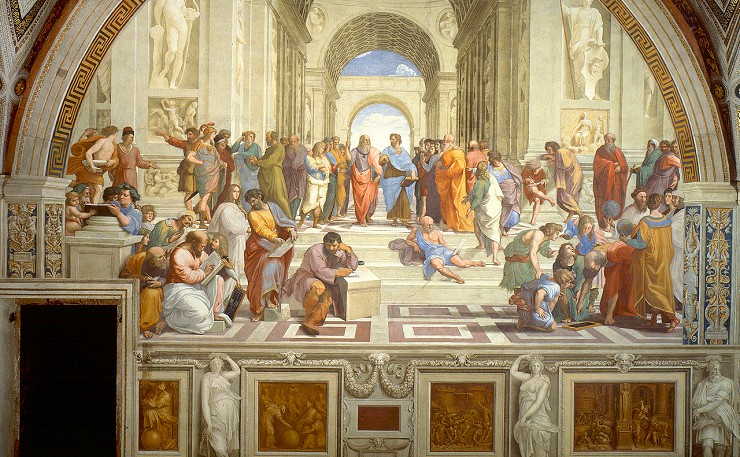 Such legendary thinkers as Pythagoras (c. 580 - c. 500 BC), Socrates (c. 470 - 399 BC), Plato (c. 428 - c. 348 BC), and Aristotle (384 - 322 B.C.) derived what they knew both in number and wisdom from the science of ancient Egypt. Most of the ancient philosophers and great religious teachers including Moses and Jesus acknowledged or are acknowledged to have derived their wisdom from the Egyptian Initiates. In Exodus 31:18, Moses communes with "outside intervention" and is given the Principles of Creation, the Higher LAW. Upon returning to his people Moses immediately realizes they are incapable of living the Higher Law at their spiritual state in evolution (see Exodus:32:19). Moses communes again with the "outside intervention." The Higher LAW is rewritten into a lower set of laws the people could understand and live by: the Ten Commandments. The knowledge and understanding of the Principles continued to degrade, and by the time of Christ, a man or woman could be labeled a heretic and put to death for espousing such information. So great a threat it was to the established religion and government.

The basic knowledge of the Principles of Creation forms the esoteric teachings of every race and religion. Anyone willing to study these eternal principles will be able to perceive their influence in every known religion, whether it is a dead religion or one in full life. Be it a major religion from the east or west, an obscure philosophy, or a field of science, the principles are ever in evidence, and these are the principles upon which the Summum philosophy is based.

The Book Of The Dead aka The Book Of Going Forth By Day
Budge, E.A. Wallis

Secrets of the Great Pyramid
Mysteries of the Mexican Pyramids
The Magic of Obelisks
all by Tompkins, Peter

The Serpent In The Sky: The High Wisdom of Ancient Egypt
West, John Anthony

The Pyramids and Sphinx
Stewart, Desmond

All & Everything
Gurdjieff, G.I.

"Great scientific theories do not usually conquer the world through being accepted by opponents who, gradually convinced of their truth, have finally adopted them. It is rare to find a Saul becoming a Paul. What happens is that the opponents of the new idea finally die off and the following generation grows up under its influence."

"Creation manifests when balance is perfected between the opposites. By applying higher Law against lower laws, the Creation becomes divine."