The Aphorisms of Summum and the Ten Commandments

stone tablets on Mount Sinai inscribed with writings made by a divine being, he actually received two separate sets of tablets. 1

The first set of stone tablets was not inscribed with the Ten Commandments. Rather, they contained aphorisms of a Higher Law that held very profound and deep meanings. During his life, Moses had been initiated into an understanding of the inner, esoteric source of these aphorisms — aphorisms that outlined principles underlying Creation and all of nature.2 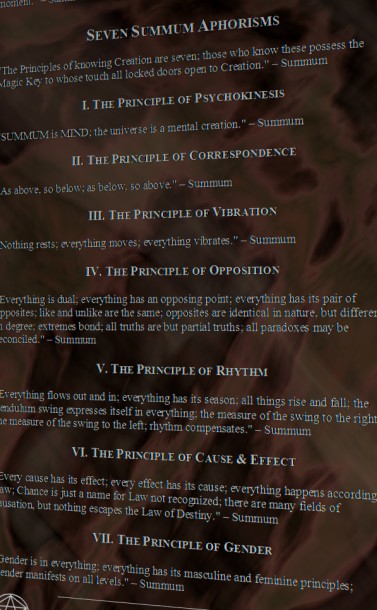 When Moses returned from Mount Sinai with the first set of tablets containing the aphorisms, he observed the immature behavior and attitude of the Israelites. Moses realized they were incapable of understanding the principles of Creation and were in no way ready for them. So Moses destroyed the stone tablets and revealed the aphorisms to a select few.3 4

Moses returned to Mount Sinai and received a second set of tablets, tablets inscribed with lower laws that were more readily and easily understood by the Israelites. Upon those tablets were inscribed the Ten Commandments, basic laws that would provide a means for the Israelites to guide and develop themselves.4 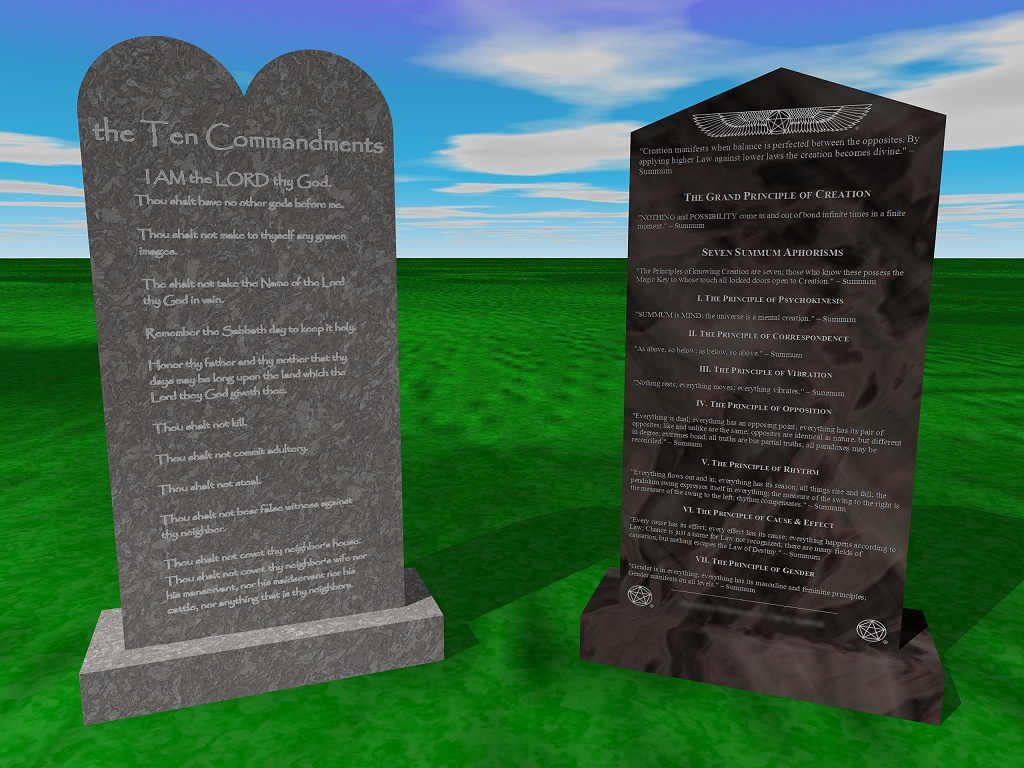 1. While many people may not realize it, passages in the Bible tell the story of how Moses returned from Mount Sinai with stone tablets on two separate occasions. These passages are found in the Book of Exodus (chapters 32 - 34) and the Book of Deuteronomy (chapters 9 - 10).

3. Moses revealed the seven aphorisms to his closest confidants and students who he felt could understand and appreciate them. Later on, his confidants would pass the aphorisms down to a few others ready to receive them, and they in turn would pass them on. And so the aphorisms were transmitted, by voice to open mind. From the seven aphorisms, Jewish Mysticism and the Kabbalah would develop, but they are incomplete for they do not embody the one Grand Principle of Creation that underlies the seven aphorisms. The first set of tablets did not contain the Grand Principle for it was an even higher law that required a greater understanding, one that Moses had achieved through his initiations. Consequently, Jewish Mysticism and the Kabbalah lack the fundamental principle behind the aphorisms and nature of Creation. This omission would contribute to distortions of Creation and the aphorisms that developed over time.

4. According to JewishEncyclopedia.com, Cabala (Kabbalah) comprised originally the entire traditional lore, in contradistinction to the written law (Torah), and therefore included the prophetic and hagiographic books of the Bible, which were supposed to have been "received" by the power of the Holy Spirit rather than as writings from God's hand. Each "received" doctrine was claimed as tradition from the Fathers, to be traced back to the Prophets or to Moses on Mount Sinai. The rule laid down for the transmission of the cabalistic lore was only to a man of wisdom and profound understanding. Cosmogony and theosophy along with the two fold philosophy of the Essenes, "the contemplation of God's being and the origin of the universe," were regarded as esoteric studies. On Mount Sinai, Moses, when receiving both the Law and the knowledge of wondrous things, was told by the Lord: "These words shalt thou declare, and these shalt thou hide." All these formed the sum and substance of the Mysteries of the Torah, "the things spoken only in a whisper."