SUMMUM: Sealed Except to the Open Mind

SUMMUM: Sealed Except to the Open Mind
- 2nd Edition

Billions of years ago, the universe came into existence with a "Big Bang." The creation of the universe is the single paramount event from which all other events precipitate, and why it happened is the greatest mystery we have ever known.

On the tiniest of scales, the cosmos reveals to us a universe filled with quanta particles; and on the largest, a universe of planets, stars, galaxies, and life. The expanse is endless. Are we then to believe ourselves alone in the vastness of creation, or to solely occupy the crown of it?

In 1975, Corky Ra, an administrative manager for a large supply company, began to experience a series of encounters with advanced beings. His first reactions of shock and disbelief led him to a period of seclusion, yet the "visits" continued, leading him to an awakening. Ra realized it was the purpose of these beings to re-introduce, in a pure form, principles of nature that have always existed and address all issues of existence, sexuality, and death. 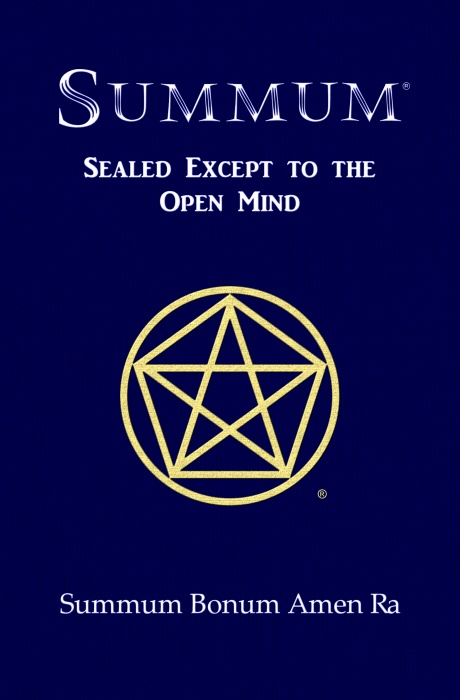 SUMMUM: Sealed Except to the Open Mind is about existence in its broadest context and delves into the forces behind cosmic rhythms and change. Most importantly, it describes a meditation for developing a personal relationship with the essence of nature. Make this book your companion and venture to get a glimpse of the inner workings of Creation.

Look for SUMMUM: Sealed Except to the Open Mind on Apple Books.

You can find SUMMUM: Sealed Except to the Open Mind in the Google Play store.

An ePUB ebook edition is available for reading on smart phones and other mobile devices.

SUMMUM: Sealed Except to the Open Mind is available in PDF format.

For $4.99, an audio version of the book is available in MP3 format that you can download and listen to with any device that plays MP3 files. The book is narrated by Su Menu.

Note: The audio book is not current with the latest edition, however, it is still recommended listening.

Listen to a sample chapter:

MacIntosh users: You will need StuffIt Expander to extract the audio files from the SIT file that you download. If you don't have StuffIt Expander, it is available for free at the following link: